The first section of the New York State (NYS) Parkway system opened in 1908. The NYS Parkways were originally designed to provide travelers with an aesthetic and scenic travel experience throughout the state. Today, the NYS Parkways are often labeled as Scenic Byway. According to the Scenic Byway Corridor Management Plan: 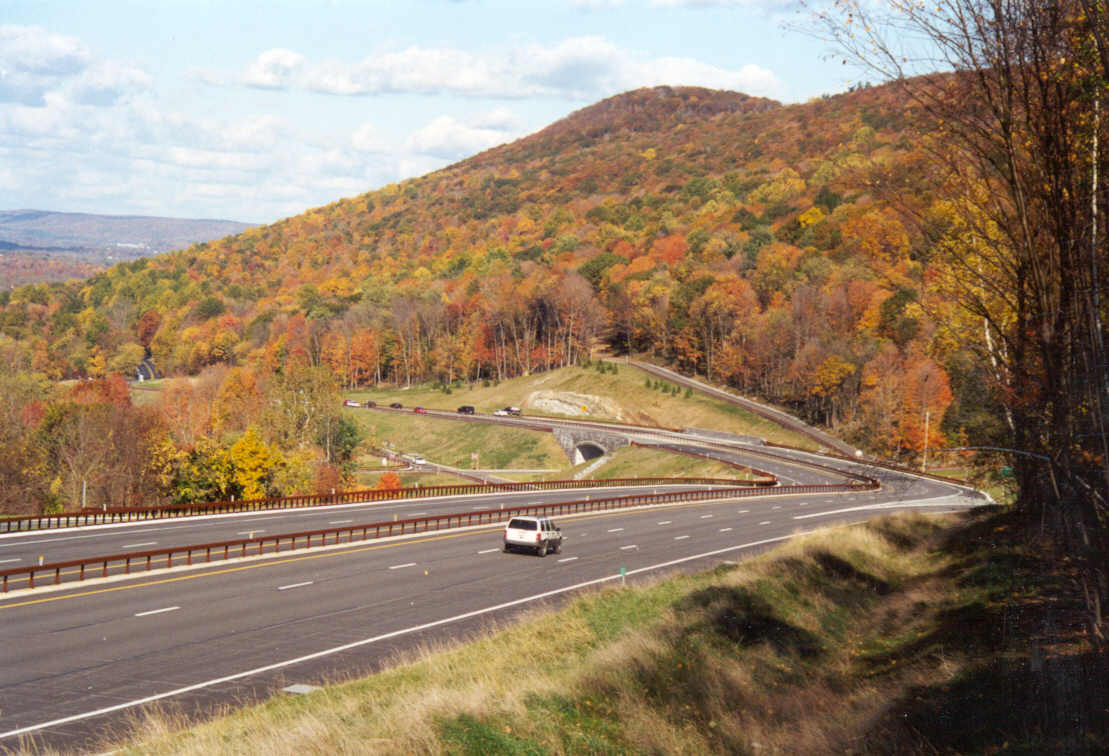 A Scenic Byway is defined as, âA road corridor with regionally outstanding scenic, natural, recreational, cultural, historic, or archeological significance. Unlike arterial roads and interstate highways which emphasize direct, efficient travel routes, scenic byways are typically roads which contain additional resources, features, and facilities which heighten the travel experience and increase the harmony with the character of the areas through which they pass.â

According to the New York State Scenic Byway Program, a scenic byway "...offers an alternative travel route to our major highways and daily travel patterns, while telling a story about New York State's heritage, recreational activities or beauty.â

The NYS Parkway system differs from most other freeways and expressways located in other parts of the country in a couple distinct ways. For example, many of the original parkway roads were designed before civil engineers had experience building roads or accounting for increases in traffic volume. Due to this lack of experience, many current NYS parkway roads lack shoulders. Also, the NYS parkway system was designed with low clearance stone bridges that only took into consideration the safe passage of automobiles. Some parkway bridges have posted clearances as low as 6â11ââ. Todayâs commercial vehicle drivers often get stuck and cause serious accidents due to these low clearance bridges located across the NYS Parkway system. For this reason, no commercial vehicles or tractor trailers are allowed on the NYS Parkways. Click here for more information regarding NYS Parkways rules and regulations.

Most of the roads included in the NYS Parkway system have been redesigned to address the needs for an increase in transportation capacity and speeds. Although many of these parkways were originally built by regional agencies, most are now maintained by the New York State Department of Transportation (NYSDOT).

NYS Parkways that run through the Hudson Valley include: